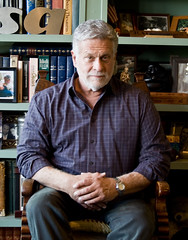 After graduating from the Theater Department of the University of Colorado, Sam Christensen began his career as a concert promoter in the Rocky Mountain States. Relocating to New York City, he worked as the company manager of the longest running musical of all time, THE FANTASTICKS. Subsequently, he managed the Off-Broadway hit musical GODSPELL, both in New York and on the road. Later Sam served as a personal assistant to renowned playwright/screenwriter/director Arthur Laurents.

CBS and MTM Productions brought Sam to Hollywood and he began a long run as an independent casting director. Among his many television and feature film casting credits was the most popular small screen series of all time, M*A*S*H. Sam was the first casting person to be accorded front title billing on a major Hollywood feature film for his work on the MGM film, COMA. Several major motion pictures like THE CHAMP and the cult classic THE CLASH OF THE TITANS followed.

Sam also cast Broadway tours, television series and pilots, and acclaimed mini-series like JONESTOWN, THE GUYANA TRAGEDY of which the New York Times said “…masterful and inspired casting is the most outstanding artistic contribution to this historically significant and important docu-drama.” Sam retired from casting in 1982, becoming a personal manager guiding the careers of important performers like Rita Wilson, Brian Stokes Mitchell, Patricia Elliott and Jean-Claude Van Damme.

Sam served as an officer of The Conference of Personal Managers, where he helped the professional association set talent representation standards in Hollywood until 1988, when Sam embarked on his most ambitious undertaking up to that date. The Actors’ Center of Los Angeles was a multi-million dollar, 18,000 square foot facility serving the West Coast acting community and realized one of Sam’s greatest dreams – creating a multi-function career support facility.

The Center offered training, video studios, a bookstore, a café and community and networking opportunities for actors and other motion picture industry professionals. It also provided a forum for Sam to refine what began as a means of assisting his clients in the successful marketing of their careers and would become his image definition technology, eventually called The Sam Christensen Process, the authenticity definition system that has since become his life’s work.

When twelve months of industry-wide labor actions forced the closing of ACLA in 1991, Sam coalesced the cornerstone of his career and professional authenticity innovations into the workshop that bears his name today. Sam guides the ‘Process’ at his Studio in North Hollywood, California, and U.S. cities, in Canada and in Europe. As a personal consultant, Sam has coached working actors and movie stars, community leaders and political leaders and candidates, entrepreneurs and CEOs.

His original ‘Process’ has been expanded to the corporate market and will soon be available through the Internet and featured in his upcoming book.